We are proud to present the South American caffeinated botanicals offered in our portfolio: guarana, guayusa and yerba mate. The three botanicals are solely sourced from traceable supply chains, sustainably harvested, fair traded, and organic-certified (USDA NOP). They constitute not only excellent options for clean label caffeine-containing RTD teas and other drinks but exhibit an interesting range of other health promoting properties.

Yerba Mate or Mate (Ilex paraguariensis) is part of the cultural identity of Southern Latin American countries like Brazil, Argentina and Paraguay. It is the most important species of the family of caffeinated holly trees. Yerba mate was first used as an herbal beverage by Guarani Indians in Brazil and Paraguay some hundreds of years ago and has always been recognized for its stimulant and therapeutic effects. The infusion is enjoyed for its taste and valued for its healthy and energetic effects.

The nutritional profile of Yerba Mate consists of polyphenols, potent antioxidants and xanthines (caffeine, theobromine and theophylline) responsible for the stimulant effects. Saponins are believed to have anti-inflammatory properties and stimulate the immune system.

Our aqueous yerba mate extracts are all organic-certified. The extracts of green or roasted leaves are convenient for different applications and they deliver potent health benefits to your final products. Highly soluble, the yerba mate dry extracts are recommended not only for beverage applications, but also for food products.

Guayusa (Ilex guayusa) is an herb originally found in the Ecuadorian Amazon rainforest that has been consumed as an infusion by the indigenous populations for centuries. Folkloric and mystic aspects are inherent to the traditional guayusa consumption in the region. In recent years it has gained recognition for its flavor and properties and has reached several markets, especially the US.

Guayusa is a relative of Yerba Mate but has a unique taste, mild, earthy, slightly sweet with grassy notes. There are no tannins in guayusa, so it lacks the astringent, bitter taste. Today the agroforestry extraction of guayusa is performed by local farmers and focuses on sustainable practices favoring organic cultivation, biodiversity, and the preservation of local culture and traditions.

The detailed nutritional profile of guayusa is still to be unraveled but scientific studies have shown that guayusa has a slightly higher caffeine content than yerba mate and yet similar beneficial health effects. Guayusa can be used in teas and energy drinks.

Guarana (Paullinia cupana) is a seed from trees native to the Brazilian Amazon rainforest. It has been used by Amazon Indians for centuries and is well known for its therapeutic effects. The word guarana originates from the Tupi-Guarani word guara-ná, which means “fruit as the eyes of people”, since it resembles a human eye.

Mature guarana seeds are of the size of a coffee bean and contain impressive levels of the range of stimulating compounds including caffeine, theophylline and theobromine. The caffeine content is up to four times higher than the amount found in coffee beans. Guarana seeds also contain antioxidants, saponins, tannins and catechins. Other health benefits associated with guarana include antimicrobial properties, reduced fatigue and improved focus, and improved heart health. The components of guarana seeds work synergistically providing a more stimulating effect than caffeine alone.

Guarana has a unique flavor and is an attractive ingredient in energy-boosting formulations such as beverages, bars and powder blends.

The first 5-year journey: important milestone for building a true business with all partners.
Learn more 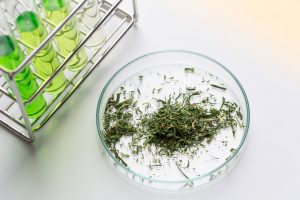 The new, larger grant will allow the launch of our product to the market.
Learn more

We joined the event to discuss the end of food waste and business opportunities.
Learn more

Premium food ingredients from Peru in our portfolio 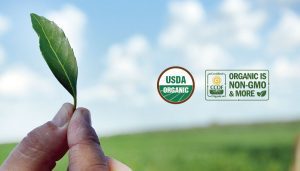 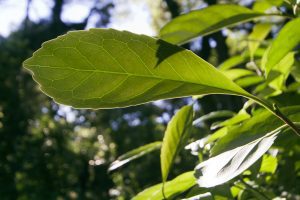 Beyond caffeine, the yerba mate extract is very rich in antioxidants.
Learn more 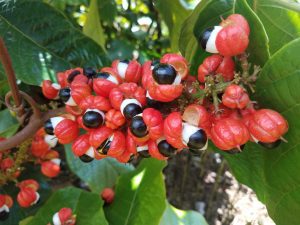 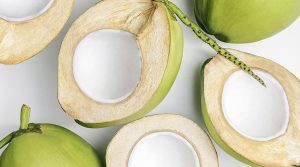 Discover the benefits and possibilities of this natural beverage, and the features of our product in this quick guide.
Learn more

Verum Ingredients becomes a member of the Upcycled Food Association 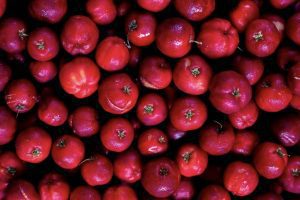 What’s more: understand the difference among acerola powders and their applicability!
Learn more 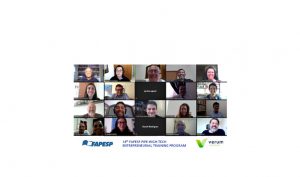 The online training was key to shape our business model for the development of prebiotic products that match client expectation.
Learn more
Want to buy our products? Get in touch!
What we offer

Verum Ingredients was founded in 2016 with the strongest commitment to deliver true, premium food ingredients to demanding clients and support the development of great, health-promoting products.